“The United Fire Brigades Association (UFBA) has been a formidable force advocating for better equity between paid and volunteer firefighters for many years now,” says Bill Butzbach, Chief Executive Officer.

The Accident Compensation Act 2014 must change.  “Irrespective of what other countries are doing, volunteer firefighters in this country deserve better protection, accident compensation cover, and rehabilitation support if their work harms them” he says.

Firefighters in this country are the most trusted profession, and that’s because of their absolute dedication to protecting NZ’s people, property and environment.  ACC now provides coverage for paid firefighters by recognising certain cancers that are known to relate to firefighting duties. Job-related mental trauma is also covered. But this is not the case for volunteer firefighters.

Paid firefighter compensation for chronic workplace illness is possible because of their employment status and that is right and proper.  The ACC law, when drafted, did not contemplate the notion of a volunteer emergency service workforce on call 24/7 who are ‘engaged’ rather than ‘employed’ says Butzbach.

Workplace illness such as cancer and post-traumatic stress don’t differentiate between an employee and a volunteer, so why does the system?  “This is a gross inequity that must be fixed,” says Butzbach.  Volunteers make up 11,500 out of a 13,500 strong fire and emergency services frontline workforce and operate 24/7, unlike paid firefighters who are rostered across four shifts.

The UFBA was instrumental in securing many changes for the protection of all firefighters, and specific provisions for volunteers, in the Fire and Emergency Act 2017.  “It’s now time for the Association to focus on other legislation” says Butzbach.

The law as it stands does not take into account very serious workplace illnesses, such as cancer from exposure to carcinogens, or post-traumatic stress from relentless exposure to confronting emotional situations.  Neither did the lawmakers consider the 24/7 contribution of volunteers on the front line of emergency services.

Data obtained by the UFBA from FENZ show that over a 20-year period volunteer firefighters attended: 63% of road crashes, 55% of medical responses, 47% of structure fires in the built environment, 68% of vegetation fires in the natural environment and 49% of rescues.  Volunteer firefighters respond to emergency incidents across 95% of NZ’s landmass, and in an independent report commissioned by the UFBA, the volunteer firefighter contribution to the NZ economy is $659m per annum. “This is not your typical community volunteer, and the dangers associated with the work are not typical either,” says Butzbach.

“All firefighters are exposed to stressful physical and psychological situations on a daily basis, they therefore deserve equality in the protections and support available to them” he says.

Following discussions with UFBA’s elected leaders, provincial leadership and many discussions with local leaders and FENZ over the past month, the UFBA Board has endorsed a formal campaign for the Association to embark on a campaign to challenge the ACC legislation.

Amber Hollis, President of the Otago/Southland Provincial Fire Brigades Association stated “Any work around protecting our people is fully supported by the Provincial Association.  People's health, safety and wellbeing should be a priority.”

The UFBA is meeting with Ministers in June to discuss the situation. “The UFBA is the largest advocacy organisation for firefighters in NZ and its Members should be listened to,” says Butzbach.

The UFBA’s Membership Advisory Panel (MAP), made up of UFBA members and chaired by the UFBA’s President, will meet shortly to discuss the proposals to fully engage Members across the country on the matter. “Following the MAP meeting, we expect to send a formal communication to every volunteer brigade encouraging every enrolled Members to sign a petition that confirms their support and commitment to this very important campaign” says Butzbach. 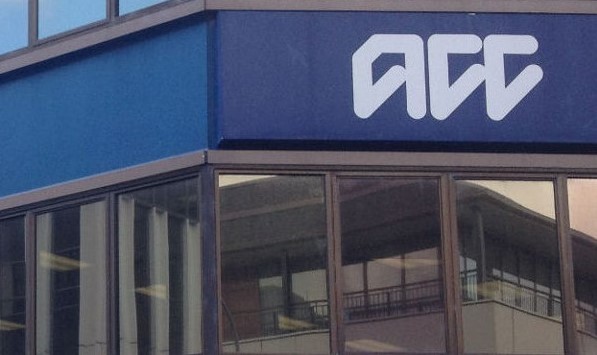