As we celebrate volunteers this week, we send a big shout out to Haumoana Volunteer Fire Brigade which celebrated its 75th Jubilee this month.

Firefighters from near and far joined the local community in a variety of events held throughout the day, including a magnificent parade of vintage and new fire appliances. Stories shared on the day spoke to the strength of community-based brigades, as reflected in the brigade’s history. 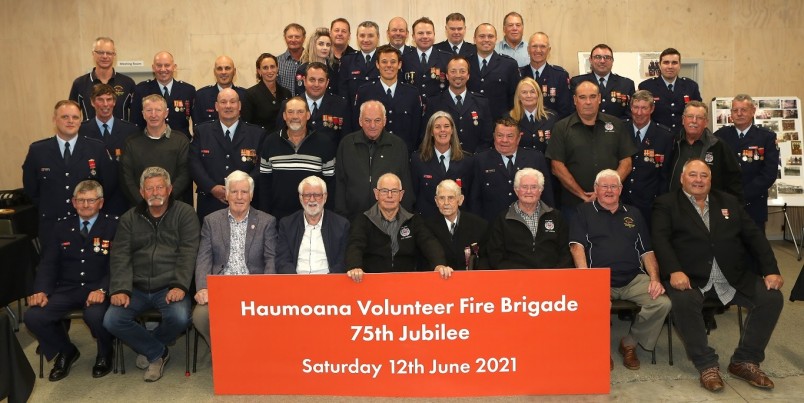 In 1947 the manager of Clifton Station, Alex Law, donated a pine tree to build the first fire station at Haumoana. Brigade members felled the tree, which was milled by Member J Calnan at the Parkvale box mill in Hastings.

Some of the timber was milled at Percy Lee’s mill (on the edge of the Tukituki River opposite Coop’s house on Tuki Tuki Road). Bambry Transport carted the trees in Austin trucks to the mill.

Ian and Gordon Bambry were foundation members of the Brigade. The Hon Peter Dunne and CEO Bill Butzbach, who represented the UFBA Board, had the pleasure of meeting Ian at the jubilee. 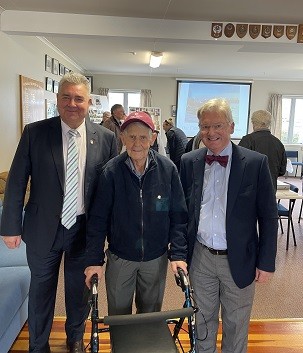 The fire Station was 20ft by 30ft, built by the 12 volunteer brigade members in 1949 on a site adjacent to the Haumoana hall and lent by the Hall Committee with permission from the Haumoana Beach Improvement Society.

It is thought that the cost of building the station was borne by the Hawke’s Bay County Council. This building was later moved, by jacking it up and backing a truck under it and then driving around the corner to the newly built fire station on Beach Road.

It was first used as a store shed, then housed the first water tanker until a tanker bay was added to the station. It currently houses the competition team’s competition box and general storage.

This building has been moved to the brigade’s current station and houses the brigade van and other equipment. 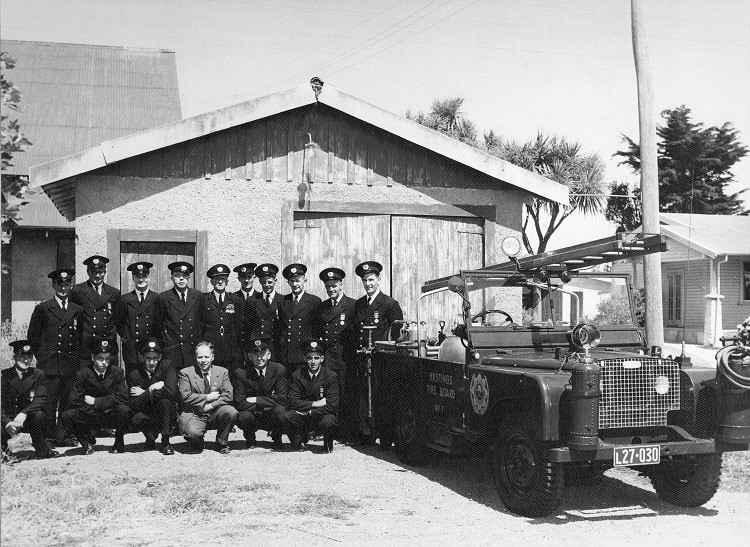 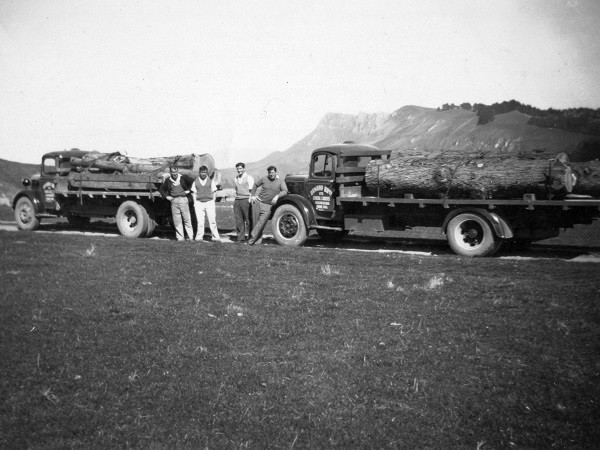 Our thanks to Station Officer Brian Slader for providing the history and photographs.